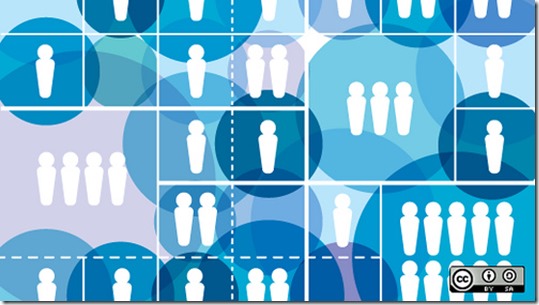 What does this mean?

The key assumption is that there is no “one size fits all”. So different strategies require different organizational designs to succeed.

Most people would accept that viewpoint.

It turns out, however, that it’s difficult to do this in practice. A surprising number of firms appear to have an organization that is poorly aligned with their strategy.

A well-known study of this phenomenon was carried out by Nithin Nohria and Sumantra Ghoshal back in 1993. They looked at 41 global firms, and compared the actual organization with what you would expect, given the requirements of the firm’s business environment.

They found that only 17 of the 41 firms displayed “environment-structure match”. So, for example, some firms would have a highly decentralized structure, despite being in a type of market that demanded a high degree of global standardization.

Other studies have come to similar conclusions.

There are several possible explanations for this result.

One is that the managers simply don’t think about strategy and organization at the same time. Maybe they have a strategy session in February. and do the annual reshuffling in August, without connecting the two.

Another possibility is that managers intend to align the organization with the strategy, but don’t know how to do it. It’s not easy. In large firms, there are usually multiple – and sometimes even conflicting – strategic goals. So the first task is often to clarify which of several goals we should prioritize when we design the organization.

A third explanation is that there are time delays that prevent organizations from succeeding at this in the short term.

Lex Donaldson, a leading expert, has found that it sometimes takes several years to correct misalignment between strategy and structure.

The reason is probably that it’s hard to convince stakeholders of the need for change, before performance starts to deteriorate. So organizations live with the mismatch until a crisis occurs that really force people to accept the need for a re-design.

The risk, of course, is that it may then be too late.

So if you are a leader, or somebody helping a leader in considering a possible re-design, the message is probably this one: It would be safer to start now.

How do you know whether your organization needs a re-design?