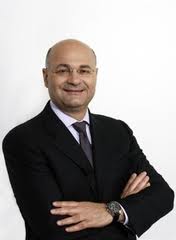 I had the privilege of talking with Professor Costas Markides last week. Costas is professor at the London Business School, and has been nominated as one of the world’s leading management thinkers.

We discussed the concept of ambidexterity – or the ability to manage “dualities”.

If we could focus on just one thing – one business model, one market segment, or one technology – it would be relatively simple to design the organization. As long as we correctly identify what the main challenge is, we can optimize the organization to meet that particular demand.

In a complex business environment, however, we don’t have that luxury: The organization may be based on two different and conflicting business models, may serve two or more different markets, and perhaps utilize both high end and low cost technologies. Then you might have what we call a “design contradiction”.

There are design contradictions in other domains, too.

In urban planning, one wants to provide access for cars while at the same time allowing people to walk or cycle safely. The traditional solution is to use strict regulations and to separate pedestrians, cyclists, and cars.

Professor Markides has used the Dutch town of Dracthen as an example in some of his presentations. This town implemented the “shared space” concept developed by road engineer Hans Monderman (1945 – 2008).

But let’s take a step back and first describe the basic challenge, and discuss why this is relevant to organizaton design. Here’s a a transcript of our conversation:

Q: In your recent work you discuss the kind of organization that is required to support innovation. What’s the key issue here?

A: First of all, it’s important to be clear about what we are talking about. There are different types of innovation. Most innovations can be handled within the current structure of the organization.

It’s in these types of situations that we need to consider redesigning the organization.

Q: There are also other types of conflicting demands.

A: Yes, in academia we speak about different types of “dualities” and the need to be ambidexterous to manage these.

Let me give you an example from my own institution: At London Business School, we evaluate professors on two primary contributions: One is your research productivity, and the other is “citizenship” towards the school and other fellow academics.

These are conflicting activities: The more time I spend on trying to be a good citizen, the less time I have to do my research!

At the same time, all the incentives we have are geared toward encouraging research productivity. But the leaders say, “Oh, by the way, we also expect you to be a good citizen”. But this is not evaluated or rewarded. So people don’t spend much time on this…but at the end of the year it is repeated: “We also want you to be good citizens!”

Q: So this illustrates one solution when you have two conflicting demands: You ignore or pay lip service to one demand, and focus on the other.

A: Yes, and that’s what often happens in organizations. The CEO comes and says: “I want you to invest in the current business……but don’t forget, we want innovation as well, we need to create the business of the future!”

That’s what they say, but what managers look at, of course, is how they get evaluated and rewarded at the end of the year. And what is that? Usually the budget and whether you have done enough to promote the current business. So that’s what people focus on.

Q: The second solution is to actually try to address both demands, by creating a separate unit with an explicit mandate and with rewards, and perhaps with a separate culture and identity, to develop new products that may even be in competition to the existing ones.

You write about this solution, but you also seem a bit skeptical about it.

A: Many academics have written about it, including Clayton Christensen, who claims that it is the best solution for innovation oriented companies. But it is an old concept that one has written about for 30 or 40 years now.

We see many examples of companies doing this. My favorite example is Nestlé, which set up a separate business unit to develop the Nespresso business, but there are many others, for example, banks like ING that established separate units to manage the internet banking business.

It works up to a point, but I have a couple of concerns.

It may be a good solution, but not all the time. It depends on a variety of factors. It depends on the nature of the conflicts between the two demands or the two activities that we are considering. There are some business models that really are conflicting, and others that are just different, but not really competing or conflicting with each other.

So whether you separate or not depends on several factors, like the degree of conflict, and also your experience – if you have done it before, maybe you can manage the two activities within the existing organization, and you don’t need a separate unit.

Unfortunately, people have learned about this solution and now immediately separate when they create a new business concept, but I say to them that they should think about these factors first, before they rush into it.

The second point is that even if you separate – separation does not mean isolation. There are still synergies between the units that you need to exploit! Even when you create a separate unit, you need to ask whether you need to separate everything, for example, should the new unit have its own people, processes, distribution channels, culture, etc., or should it share some of these elements with its parent company?

There are no right answers, but you need to think about these issues.

Q. Going back to your first example, there might be a continuum from negative synergy to positive synergy between two units. Can we measure this?

Sometimes activities that seem to be synergistic are in fact in conflict.

Andrew Campbell mentioned to me once the example of tennis and squash – they are both two player racket games, so it may seem like you can become a better squash player by practicing tennis, but in fact, he claims the opposite is true. So there’s a negative synergy there.

A: Yes, and companies need to assess the degree of synergy, like you say, to find out how conflicting the new business model is. But it’s very subjective, just look at the airline business.

If you ask outsiders, the Ryanair business model doesn’t seem very different from the one that British Airways has. Both of them have airplanes, and both of them fly from one location to the other, and so on.

But if you talk to managers in British Airliens, they will give you a million reason why the low cost airline business model conflicts with the business model of larger and established airlines. So it’s difficult to measure it as an outsider, you have to let the managers themselves measure it and assess it.

This is also why you see that within the same industry, companies are reaching totally different conclusions. You have some banks that have concluded that internet banking conflicts with normal banking, and needs to be managed in a separate units. Other banks have concluded it is just a new distribution channel and manage internet banking within the existing organization.

Q: Finally, you describe a third alternative. Instead of ignoring one activity, or separating the new business from the existing business, you have also been considering a more radical solution, that does not rely on separation.

I was intrigued by your example of the Dutch village of Drachten, and how they implemented Hans Monderman’s urban planning concept.

A: Monderman had some ideas that revolutionized how you think about traffic design, and you now see many towns implementing this concept.

Just as we separate conflicting activities in an organization.

Monderman instead said: No, let’s not separate them, let’s have one road and let’s remove all the regulations, traffic signs, traffic lights, and markings.

He found the village of Drachten, where they agreed to do an experiment and implement this concept.

As he predicted, accidents went down, because people started taking personal responsibility for their behavior.

I use this example to help leaders think about other alternatives when they design organizations.

Q: So the parallel here is that you have different activities – walking, cycling, driving, each with their specific demands, that might be in conflict. The typical solution is separation, but a different solution that resolves the conflict – or Russell Ackoff would say “dissolves” the conflict – is the shared space concept that Monderman developed.

A: Yes. Most of our behavior is determined by the environment. We know what kind of behavior we want, we want people to manage different activities at the same time, so we need to step back and ask whether we can create an organizational environment that allows people to be ambidexterous. I think the answer is yes.

Hans Monderman emphasized the when you trust people to behave responsibly, they will. When you drive down the road, and see no road signs and no police watching you, you make the right decision yourself: You slow down the speed.

So the question is whether we can create an organization where we give people the autonomy, in the right culture, with the right values, to make the right decisions.

So this is a possible solution to the ambidexterity problem.

It won’t be relevant in all cases, but in some. As I said initially, the key thing is to understand the particular challenge that you are facing and a devise a solution that is appropriate for the situation.

Costas Markides’  most recent book is about how you can make to or more more business models co-exist within the same firm and is called Game Changing Srategies. He also contributes to the Ghoshal blog at the London Business School.

Remove contradictions before you implement a new organizational model