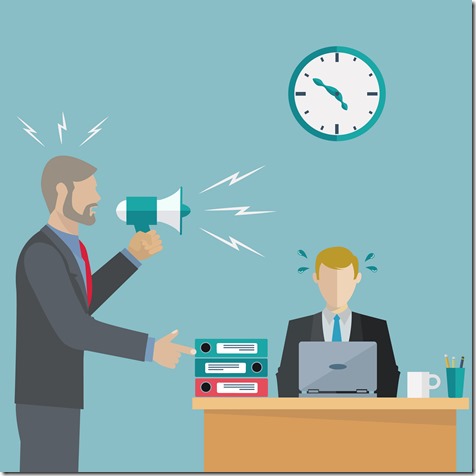 Few of us want to have a controlling boss who looks over our shoulder, follows our every move, and criticize what we do.

Similarly, few of us want detailed rules and procedures that constrain how we perform our work.

We want our manager – and the system that we are part of – to have some faith in our competence and willlingness to do the work to the best of our abilities.

Similarly, we may prefer an informal relationship with our business partners, and we may react negatively if they insist on developing a detailed contract before the work can start.

We want to be trusted. Of course.

But are we thinking about this in the right way?

It turns out that the “trust versus control” dichotomy is too simplistic.

One example is the level of trust that you have in an organization.

Imagine a company representantive telling you:

We’re really informal. We trust people here. So we don’t monitor whether the objectives are met. We don’t take compliance very seriously. We don’t do internal audits, we don’t check travel bills or invoices, and we perform no safety checks in our operations. We have no written rules, and don’t define people’s roles or responsibilities.

Would you want to do business with such an organization – or work for it?

Probably not. This is why studies show that having internal control systems is positively related to levels of organizational trust among employees (see this article).

Similarly, if we don’t want to skrew up in our work, we probably don’t object to having somebody checking on what we do before we press the button and set in motion a complicated process that may entail technical or financial risk.

In other words, in some cases we actually welcome the control.

And when working with an internal external client or supplier, we might find that collaborating to specify the terms of a contract actually builds rather than destroys trust.

Recent research suggests that it is not the use of contracts per se that is important for trust, but how you develop the contract, what is actually in the contract, and how you use it (e.g., see this paper).

So why do we think about trust versus control as a dichotomy?

I asked a former colleague of mine, Per Forsberg, about this. He is currently an associate professor at the Örebro University in Sweden.

In his research, he shows how one type of control system – accounting – can maintain and strengthen social relations.

He explains that if you implement institutional rules, or a formal system of control, such as an accounting process, people will tend to think that it will diminish the social capital (i.e., trust) that exist because them.

But he argues that the opposite is often the case. He cites Nobel prize winner Elinor Ostrom, who argued that institutional arrangements are the foundation of social capital (including trust).

If you consider the different countries around the world, this seems to be true: It is in the countries with the most sophisticated legal systems and the most advanced governmental institutions that people have the highest level of trust toward each other (see this web page).

We also have this idea that control systems is a recent invention. We imagine that people lived in idyllic farm societies until the industrial revolution. Then Fredrick Taylor came along with “scientific management” and started measuring, monitoring and controlling employees.

This is not the case, however.

In one of his articles, Prof. Forsberg describes the use of tally sticks – wodden sticks on which notches were made with a knife to keep a count or score.

They were used for centuries before paper was invented (and even after) to keep track of obligations and for recording pieces of work done by individuals (This is the origin of the expression “to keep tally of” – tally means stick in Latin.)

For example, in villages in Sweden, there could be tally sticks for being the fire guard, taking care of the poor, or ringing the church bells. The tally sticks created transparency: They were used to divide up the duties among the people in the villages and make sure that nobody did too much or too little.

When individuals agreed to use such a tool, it indicated that they were willing to be open and show others what they contributed. This in turn signaled to others that they had nothing to hide, and were willing to cooperate.

These systems are not necessarily implemented in a top down manner – as Prof. Forsberg argues, people can themselves participate in developing institutional rules.

Tools for measurement, monitoring and control are actually the basis for democratic engagement.

So if we bring this back to organization design, what are the implications?

I think we should stop viewing trust and control as opposites.

It’s not the absence of control that creates trust. On the contrary, you need control systems to build trust and facilitate effective collaboration among people in your organization.

The question is whether you have a well designed control system – and how you use it.

If you mean it, formalize it

Why we need to learn to contract – podcast interview